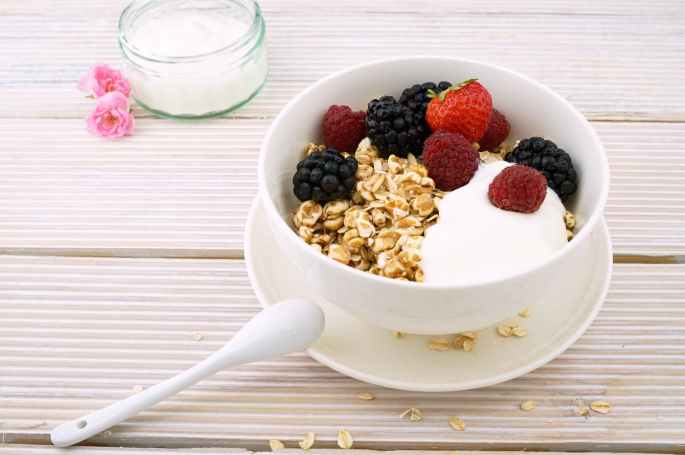 Whilst we all have our own favourite pies, and may argue bitterly about the relative tastiness of steak & onion and cheese & leek, in our society we all do conform to broad preferences. We all agree, for example, that mince belongs in a pie but mushy peas, baby food and my keys don’t.

There wasn’t always such consensus amongst the pie community, though; in the 70s emerged a fringe group of Friday Piedayers sought to broaden our definitions of what belongs in a pie.

Some of their suggestions, like apple & blueberry and chicken, bacon & mozzarella, can be found on the pie table to this day; others tested less well with audiences. Let’s take a look at some of the more adventurous combinations.

Warning: Not for sensitive readers. Some of these are really weird.

This might sound kind of OK in a bit of a weird way, but now imagine it with shortcrust gravy, served piping hot and curdling, and swimming in beef dripping. It was a dark time in Pie Day Friday’s history.

What goes well with pie? Another pie, of course! If the conscientious piyer surgically peeled back the lid of this pie, inside they’d find another, slightly smaller pie. This is pretty cool to be fair, but once the novelty wears off, you end up with what’s essentially just a pie with a really thick crust.

Leading pientists believed that the key to flavourfullness may have been colour coordination. Also arising from this theory were the abominations chocolate & mince, boiled egg & haribo eggs, tomatoes sauce & soup, and the surprisingly tasty leek & lime.

You can see the logic behind this: gravy is fucking amazing. Apparently, though, what makes gravy so good is its contrast with solids. Otherwise you’re just drinking bouillon from a pastry bowl and that’s kind of grim.

This movement was sponsored by “CRUSTS Я US”, a company specialising in pastry.

This film actually stands up surprisingly well, but it was too crunchy to catch on as a filling in its own right. 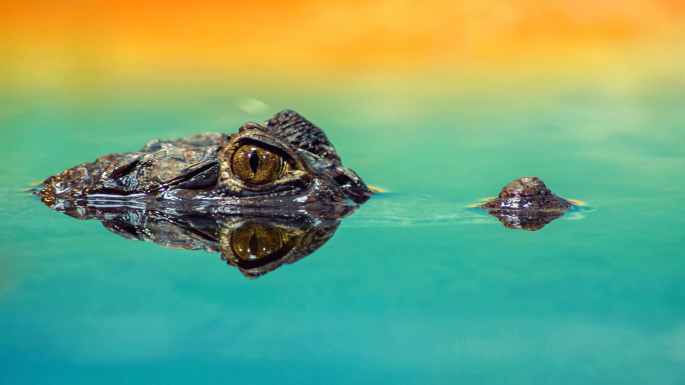 I tell you the truth, if you think Friday Pieday is just a sacred text away from being a cult, you’d be wrong. We have a sacred text.

Why, just the other day I was reading my copy of the Holy Pieble when this particular passage caught my eye:

“Again, I tell you: it is easier for a crocodile to go through the pie of a needle than it is for a lover of quiche to enter the kingdom of God.”

Due to it’s vivid imagery and apparently unequivocal stance on quiche, this is surely one of the most often quoted passages of the Tasty Book. It has been used to push a purist pie agenda for centuries, and the number of quiches which have been burnt at the stake in its name is too high to count.

Yet contemporary pieblical scholars theorise that the true meaning of the text may not be so simple. Some suggest that pie of a needle, already quite a confusing phrase, may be a mistranslation. A better rendering of the original Piebrew might be hole in a pie lid from which steam escapes or small gap. Already our conceptions about this passage are shaken.

As if that weren’t enough, some theologians cast doubt about the most memorable part of the quote. I’m talking, of course, about the crocodile. Indeed, many people wouldn’t glance twice at this passage if it weren’t for the vivid and comical image of a muddy crocodile, thrashing around, trying to squeeze through a small hole. It’s enough to make one convert.

And yet, that beloved crocodile, it is suggested, may be nothing more than an error in translation. Linguists, determined to decode the renownedly thorny nuances of Ancient Piebrew, have found evidence to suggest that the word αλυγατσρ actually corresponds more closely with alligator than crocodile.

Surely I can’t be alone in thinking that those gosh darn intellectuals have ruined a perfectly lovely piece of scripture. 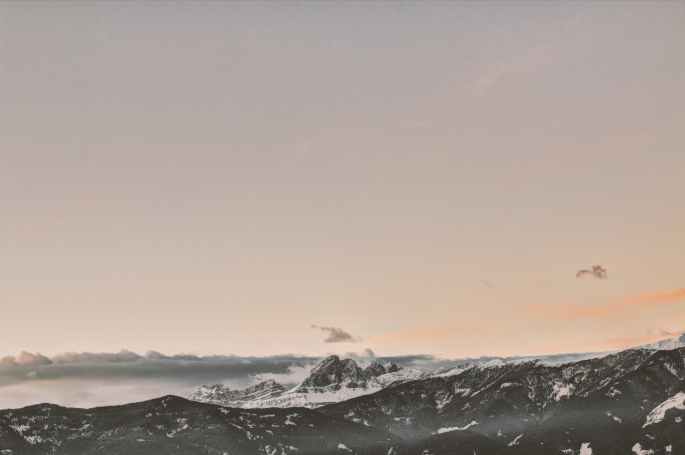 We all know that emotions run high on Fridays. It’s the end of a long week, sometimes it takes a while to get a hold of a pie, everyone ends up being a bit frazzled. Beers might be drunk, steam might be let off.

But, my fellow platipie, that is no excuse for letting your manners slip. The Order of Pie is founded on the twin principles of pastry and courteousness – without the latter, we might as well be animals devouring a sophisticated meal. Animals.

For those of you who have forgotten, please reread the code of conduct every Friday Piyer tacitly agrees to by eating pie:

If everyone follows these simple guidelines, Pieday will be a nurturing and convivial experience. 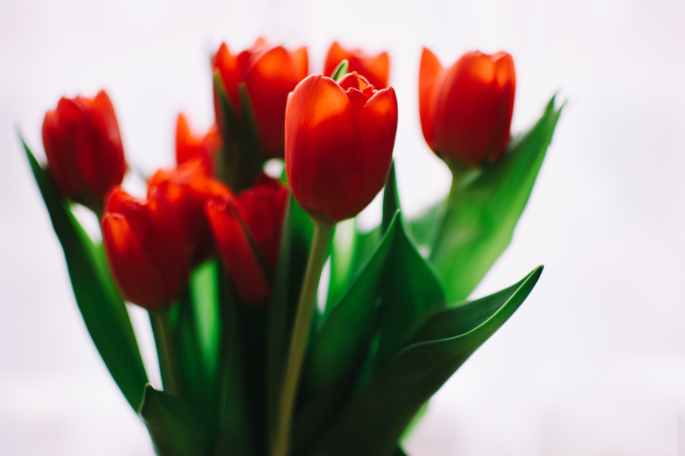 Our Twisted Standards of Baked Beauty

Take a minute to picture your perfect pie.

Be honest — it was a symmetrical, golden brown number with a smooth crust, wasn’t it?

These days, people reject any less ‘classically beautiful’ pies, saying they’re “ugly” or “burnt”, or even going so far as to claim it “looks like someone already ate it”.

And does that make these delicious, if lumpy, specimens any less delicious?

Just think a while. That pie you called ugly has feelings too. 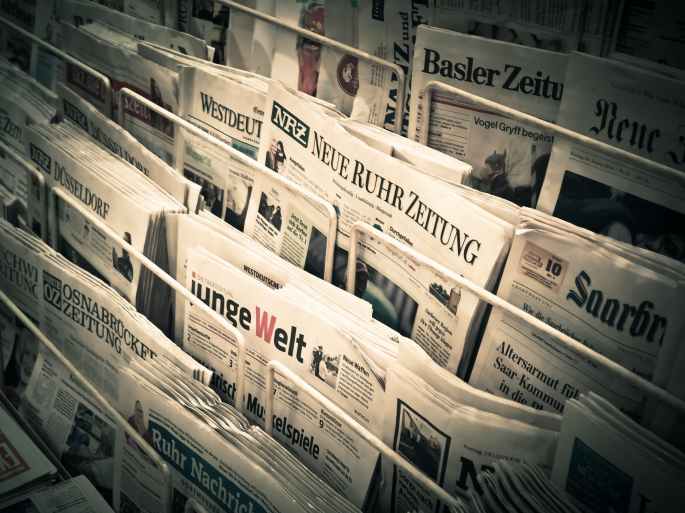 In this day and age, it’s harder than ever to believe what you read in the media. Everyone seems to have their own agenda, whether it’s selling you something (by the way, PieMinister pies are only £7.99 at Tesco’s), fearmongering (pastry stocks may be depleted by 2020!!!!11!!!!), or good old fashioned clickbaiting (10 on fleek ways to eat a pot pie – number 6 is 100% lit).

What with the presidential support of fake news, lately it seems like news outlets are geared towards sensationalism rather than journalism, and in no arena is this more true than within pionic media.

The recent decline in quality of such Goliaths as The Daily Turnover and Fresh Pasty leaves many pierates wondering whether unbiased pionic news sources even exist these days. These once great newspapers seem to snub stories people are really care about, favouring unsubstantiated rumours about quiche infiltrating our nation’s pie factories.

Up and down the country – no, the world – people are crying out for a source of news they can put their faith in it. Dare I say it, they are clamouring for a crustworthy source of news.

But how can a person be sure that what they’re reading hasn’t been fabricated by a brown-eyed blogger in her twenties, trawling for likes? The only solution, it seems, is to be more widely read – unlike our parents’ generation, piellennials cannot be satisfied by one single paper or website. The consumer of pie-based journalism is compelled to devour many different sources in order to develop a more realistic picture of pie today.

The sad truth, however, is most people don’t have time to thoroughly research pie-based current events, obsessed as they are with “real” news that “actually matters” hasn’t been “made up by Rosie Daniels”.

It is a sad state of affairs indeed.

As mentioned previously on this blog, in recent months the mysterious Pionic Elders have been gradually releasing hitherto classified information about the upper echelons of pieday friery.

Whilst the Elders claim their goal is to promote transparency and address corruption claims, critics insist there is more to the story. Some go as far as to call this publication of top secret documents a distraction from the High Piest’s alleged perverted penchant for quiche.

Here at piedayfriday.net, we have taken a solemn oath not to report on such salacious rumours, and thus, until the High Piest makes a statement or compelling evidence if found, no stories of this nature will be featured. It’s a question of taste – journalistic, as well as culinary.

That aside, the documents released this week may be of interest to any pie enthusiasts, because they pertain to the oft-mythologised Siblinghood of Pies.

Renamed from the Sisterhood in 1954, apparently in order to be more gender-inclusive and pie-centric, the role and very existence of this mysterious group has been hotly debated for centuries. Now, at last, a manuscript recounting the very beginnings of the Siblinghood has been released.

The following is a completely unabridged reproduction of a scroll dated at 15 BC (Before Crust). It seems that the piece is an extract from the diary of Maxpiemus Crustimus, one of the Western world’s first ever pie eaters.

Woke up at the sixth hour & went to the latrine. Wiped my bottom with a sponge stick, you know, like we do in Roman times.

Had a breakfast of rabbit ear pie with sparrow heart gravy. Very tasty. But I feel a GREAT SADNESS. Not just because the earless rabbits kept hopping around and looking at me.

O, Pie is a delight that aches to be shared! How much longer can I feast alone?? If only I knew someone else who would pie with me, rather than dining alone, in secrecy, as I must now.

Moped about the house a bit thinking about gladiators & sacking Carthage & other imperial business. Decided to call on my friend Julius & ask if he wanted to colonise most of Europe with me. Hid my pie equipment before leaving; can’t be too careful.

When I knocked on Julius’ door, there was no answer. Fearing the worst (that he had been killed by a volcano or large fire), I entered & rushed through the atrium & other rooms with Latin names.

Julius was in the courtyard — eating a cow udder pie with a jus of sows’ eyeball!!!!!! He was horrified to be caught, but I immediately confessed that I, too, had partaken of the pie.

We promised to keep each others’ secrets & Julius says there may be more of us. Have decided to meet 4 times a moon to eat pie together – but now we must decide on a day … ….

Fascinating little glimpse of history there.